Can a Baby Be Sleep-Trained?

Good Morning America" meteorologist Ginger Zee is the mother of two boys,Adrian, who will turn three later this month, and Miles,who was born in February.

Like any parent, Zee is constantly in search of one thing: sleep.

When she heard about a baby sleep training expert throughTwitter, Zee reached out. She and her husband, Ben Aaron, worked with the expert, Dana Obleman, who writes on her website, "My job is to get your baby sleeping through the night!"

Here is their experience, in Zee's own words.

The type of exhausted that I can’t even really describe.

The type of exhausted that only a parent of a newborn can understand. But I don’t have a newborn. I have an nine-month-old.

Miles is the sweetest little boy and the most joyous addition to our family. Unlike his older brother, Adrian, who has been sleeping through the night since he was two-months-old, Miles... is not. 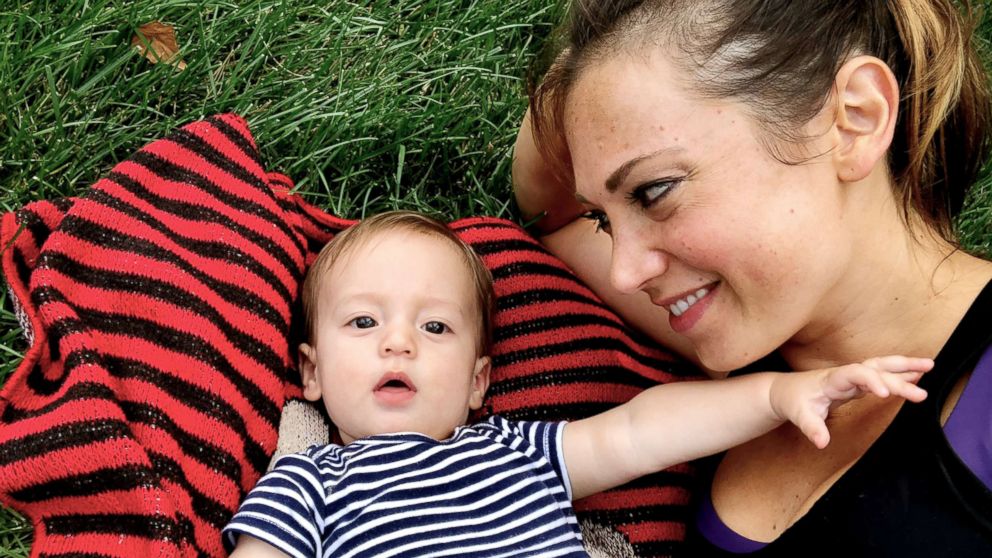 ABC News' chief meteorologist Ginger Zee opens up about how a sleep training expert helped her get her son, Miles, to sleep through the night.

And we have done nothing different! It’s expected the first few months, but by month 4 between pumping, feeding and his wake-ups with my GMA schedule, I was lucky if I got a broken 4-5 hours of sleep.

So by eight months and never getting more than four hours at a clip, it’s really hitting me hard. So I did what felt comfortable. I reached out to my ever helpful fans on Twitter.

Among the many suggestions came the critical one.

"You should get in touch with Dana Obleman. The sleep boss," wrote one follower.

Fast forward a few direct messages later and Dana was on the other line diagnosing our situation.

She asked very basic questions about our sleep routine for Miles, food and nap details.

Then she said the magic words: “You are doing a lot right, with a few small adjustments I think he could be sleeping through the night in less than a week.”

Serious music to these tired ears.

We set up a plan with Dana - one big issue: Miles isn’t eating enough during the day. The night bottles were taking his hunger from the day when he should be eating.

Dana told us that babies his age should average 20 to 24 ounces [of breastmilk or formula]. We were lucky to get 16 [ounces] in him. He loves solid foods.

We were also too haphazard with the bottles.

Dana said we needed to feed him as soon as he gets up, wait an hour-and-a-half, then do solids, [wait] an hour-and-a-half and go down for a morning nap. Ideally nap for 1 to 1.5 hours (this is never happening), wake up and get another bottle. Repeat the waiting game. Lunch, nap and bottle. Then dinner and one last bottle before sleep. Ideally totaling 24 ounces.

Even when it was breast milk, Miles just prefers solid food over formula or breast milk. So it’s a tough to get the food in him.

The first night Dana says when he wakes we can give him half of what he usually takes at night to start weening him from that overnight food.

The second and third nights are supposed to be the hardest. We are not to feed him. Let him cry and check on him every 10 minutes.

But that second night he only wakes up once at 2:30 a.m. and magically works himself back to sleep, as if he knew. Dana asked that we let him shift and make noises, even cry, for 10 minutes the first night, so we did and he went back to sleep.

Night three was difficult. He woke up at 2:30 a.m. and cried. Hard. For almost an hour. It was true torture but I kept reminding myself that Dana said this would be good for us all in the long run. She’s right. He eventually goes back to sleep and wakes up hungry and actually eats a full bottle!

Now our only issue is bedtime. He loves to go to bed early. Once we can push that back we should be in a much better place. Dana has been checking in and has even given us tips to get him to sleep in later.

Dana warns that daylight saving time, teething and illness can throw it off. Always go back to letting them cry it out unless something is seriously wrong.

Do you have tips and tricks for helping your baby sleep through the night? Tell us on Twitter @GMA.

A good night's sleep is essential to the growth and development of children, and children require much more sleep than adults. Sometimes however, children are unable to get the necessary amounts of nightly sleep that they need, and it can sometimes be attributed to a sleep disorder.

At The Alaska Sleep Clinic we provide consultation and therapeutic management for a wide variety of pediatric sleep disorders. We understand that your child's health is important to you and we want to assure you that our Board Certified Sleep Physicians are highly adept at treating child sleep disorders.

Children require more special care than adults and it is important to us that our physicians are trained in communicating with children of all ages and are experienced in calming the fears of nervous young patients while providing quality care for them  in a relaxed, non-threatening environment.

For children, sleep problems tend to get progressively worse overtime if not treated. For example, untreated night terrors as a toddler could lead to a child who frequently sleepwalks. For children with sleep disorders, getting treatment early is important because untreated disorders can contribute to later health problems and development inssues.

If after a consultation it is determined that your child needs a sleep study here are some of the tests and procedures used in determining your child's sleep disorders: