We all know the feeling. You wake up on the right side of the bed feeling refreshed and well rested. Not only does it keep you healthy physically but your brain has time to regenerate keeping memories and knowledge alive and well. Unfortunately, parents are struggling with busy schedules and packed calendars to instill this important lifestyle on their children. 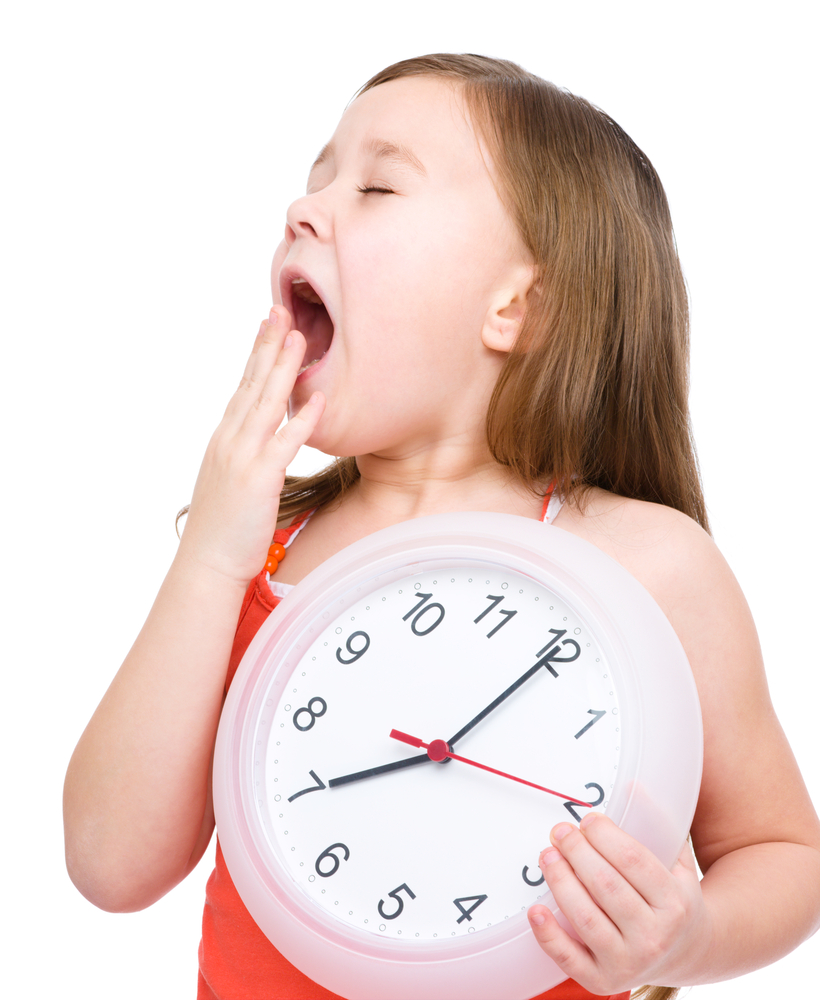 In a socially connected world with the Internet at our fingertips, video games, social media, Google, Wikipedia, YouTube, and Snapchat are replacing important sleep for children.

The National Sleep Foundation recommends that children between the ages of 5 and 10 years get 9 to 10 hours of sleep per night, and kids between the ages of 10 and 17 get 8.5 to 9.25 hours. And although some parents believe children can catch up on sleep during the weekends, studies find otherwise.

In April 2018, a meta-analysis published in Sleep examined the results from 42 studies from around the globe, covering a total of more than 75,000 children between the ages of 0 and 18. The children were split into two groups — “short sleepers” and “regular sleepers” — based on their observance to the National Sleep Foundation guidelines. The participants were followed for an average of three years to gauge how their BMIs changed over time.

The research findings were not surprising:

A 2015 study on sleep patterns and obesity from the National Institutes of Health found similar results in the trend of childhood obesity. The report found late bedtimes after 9 p.m. magnified the association between short sleeping and obesity.

School-age children ages 8 to 17 years old also found sleep duration as an important for developmental group. A smaller study of obese 13 year olds correlated screen time as an issue for late sleeping with a mean bedtime of 10 p.m. and a wake-up time of 7 a.m.

“Maintaining a regular and early bedtime schedule during the week, as well as across weekdays and weekends, may be an important obesity prevention strategy by reducing the behavioral and metabolic changes that occur as a result of shifted sleep timing.”

In three combined literature reviews from studies on infancy and childhood risk factors in sleep duration, more than 8,000 British children from birth to age seven were studied. Those who slept fewer than 10 and a half hours by age three had a 45 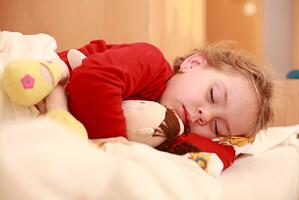 A similar cohort study in the U.S. of 915 infants to age three found infants averaging fewer than 12 hours of sleep a day had twice the odds of obesity by age three compared to those sleeping 12 hours or more.

Additional factors with shorter sleep duration was included in the U.S. study with maternal depression during pregnancy, introduction of solid foods before the age of four months, and infant television viewing all variables.

Confronting the issue from a sleep pattern perspective is important for parents. “With the increasing rates of obesity in children, it's likely there will also be an increase in sleep apnea,” said Dr. Jodi A. Mindell, a pediatric sleep expert and board member of National Sleep Foundation. Along with health risks, unhealthy sleep patterns can lead to difficulties in school, friendships, and family life.

To encourage a healthier lifestyle for your childhood, the National Institute of Health gives the following tips:

The Alaska Sleep Clinic is available for free phone consultations to help you navigate childhood obesity and sleep apnea. Talking to your family doctor and keeping a sleep journal on your child’s sleeping patterns can help you connect the dots to help your child lead a healthier life. 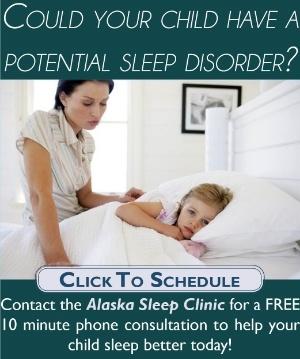