Examples of Sleep Deprivation And How it Affects Our Body

Lack of sleep often leads to health problems. Most people face it due to external circumstances. But there are those who deprive themselves of sleep. Sleep deprivation practitioners were asked why they were doing it. And what experts think about this.

Most often, sleep deprivation affects adolescents and young people, and for some of them, being awake is a conscious choice. One day, 17-year-old Randy Gardner did not sleep for 11 days, and his result was included in the Guinness Book of Records. Later, the record was broken by Maureen Weston, who did not sleep for 18 days.

According to statistics, often people from 16 to 25 years old intentionally do not sleep. The main reasons for sleep interruption among young people are self-testing, hallucinations, and depression.

The states of altered consciousness that occur due to sleep interruption are similar to alcohol or drug intoxication. According to some studies, prolonged sleep deprivation can cause addiction. 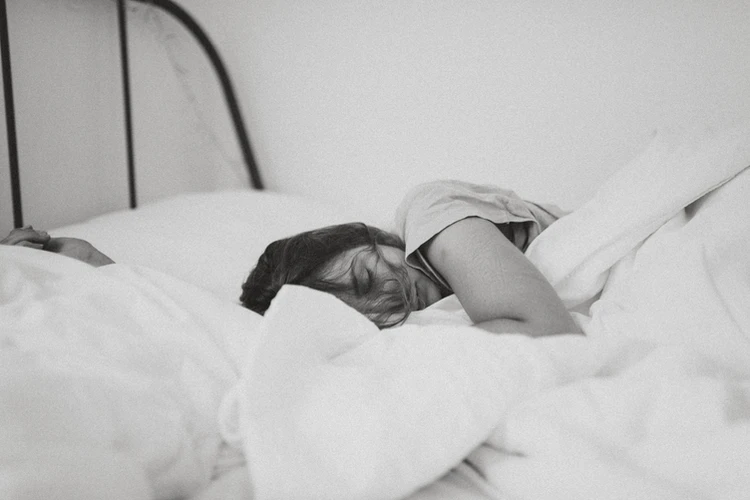 What Will Happen If You Do Not Sleep For Days: Experience Of People Who Practice Sleep Deprivation

Most of the time I spend at home, I am rarely allowed to walk. I live with my mom, my younger brother who has a disability, and my half-paralyzed grandmother, with whom I share a room. I haven't seen my father for eight years and I don't want to see him.

At the age of 12, I was forced to go to a psychologist, but this did not save me from nervous breakdowns and rejection of my appearance. I always had complexes about my figure. I used radical methods of losing weight - fasting and heavy physical activity. Even at that moment, I was depressed. All this resulted in self-harm. I hid the cuts, and then there was a check at school and my scars were noticed. My parents bought me a cream for scars, and I began to cut my legs. As a result, I decided to try to change something on my own.

I learned about sleep deprivation from the Internet when I was looking for ways to treat depression. I read about the pleasant consequences in the form of hallucinations and expansion of consciousness. It seemed to me that this was salvation from all problems.

I started practicing deprivation a year ago. I have not slept for a long time already more than ten times. On average, during deprivation, I did not sleep for 4-6 days. By the way, there is also a microsleep - when you fall asleep for a short time and do not realize it.

My record is 240 hours. Then I set myself the goal of holding out as long as possible. On the first night, there was white noise in my head. On the fourth day, glitches began: I saw a fist-sized spider on the wall. From the fifth day, a terrible headache appeared, and then heartburn due to hunger was added to this. I also had a stabbing in my heart - probably due to high blood pressure.

I was haunted all the time by hallucinations: with peripheral vision, I constantly saw someone walking after me. The worst glitch was at the end: when I looked in the mirror and saw that I had no face. In recent days, it seemed to me that if I fell asleep, I would die. The tides of hyperactive vivacity were replaced by simply hellish fatigue. The eyes hurt so much that it was difficult to open them. I felt an irresistible urge to lie down. So that no one would suspect anything, I used all my acting skills and pretended that everything was in order. I attributed the loss of strength to fatigue after school, and for a cheerful look, I used cosmetics.

For me, sleep is nothingness in miniature: beautiful, beautiful, but meaningless. I learned about sleep deprivation at the age of 15 from Wikipedia, and already at 16, I had not slept for 48 hours in a row. I decided to try sleep deprivation because I wanted to get glitches and change my thinking. Later, this grew into a desire to test their own capabilities.

At the very beginning, it was difficult to hold out even for two days. I drank energy drinks and coffee, but it was not invigorating. Willpower and a to-do list for the night are the most important because if you do nothing and watch the pictures, you will fall asleep. The main thing is not to throw narcotic stimulants into yourself - this will not end well.

After two days without sleep, the concept of time disappears, and you dissolve into space. The body floats, thoughts get unexpected meaning, sounds become bright and saturated. Hallucinations are different - as far as fantasy is enough. For example, snakes can crawl under the carpet if you stare at them for a long time.

I have tried various sleep deprivation schedules. There were 48 hours of wakefulness versus 10 hours of sleep - and so on for weeks on repeat. Or total deprivation once a week. The parents never noticed - a classic case. After a couple of years of total sleep deprivation, my interest in this decreased. I came to polyphasic sleep - sleeping 3-4 hours day and night. I practiced it until recently, but I realized that it is quite difficult to combine it with my lifestyle. Six hours of sleep is enough for me now.

Now I try to move away from sleep deprivation, I try to control myself, but sometimes I still break down. I took myself weak and went too far. I began to stay awake more than six months ago. On average, I did not sleep for 4 days, and once it came out 7 - and this was a turning point.

After two or three days, complete emotionlessness sets in. No one bothers you. They ask something, but you simply remain silent, because you cannot and do not want to answer. I didn't see much sense in talking to someone about problems in my school years. The whole class hated me, they gathered in a group and beat me.

Deprivation works well if you need to deal with accumulated problems or depression. When you stop sleeping, day after day the senses become dull, emotions disappear. It becomes easier to look at life, to find the reasons for the disgusting state. There is a feeling that you can adjust your personality as you like.

The side effects of sleep deprivation for me were mental problems. Not everyone can endure prolonged hallucinations: images of people, the feeling that someone is watching you in the dark. Because of glitches and all the experiments on myself, I began to be paranoid - maybe it was before, but now I feel it more than ever.

Twice, when I didn’t sleep for a long time, I had blackouts. I don’t remember anything that happened then, as if I hadn’t lived. I tried not to pretend that something was wrong with me - everything is fine, I just can't sleep.

Sleep deprivation is used as an alternative method for the treatment of tolerant (insensitive to conventional therapy) depression and its varieties: apathy, melancholy. This method of treatment is not recognized by all orthodox doctors, psychiatrists-psychotherapists. It is not the choice of classical medicine.

Feelings in the absence of sleep for 2-3 days are more reminiscent of alcohol or drug intoxication. There is a feeling of euphoria, hypomanic (optimistic and joyful. - Ed.) With more prolonged practice, hallucinations appear as disturbances in the perception of one's body and the surrounding space. These experiments will be the most dangerous for people with chronic diseases. For example, with a tendency to disorders of glucose metabolism, diabetes mellitus may develop - due to the inability to absorb glucose during sleep. In case of metabolic problems, the production of growth hormone decreases (growth hormone. - Ed.) Sleep deprivation leads to the replacement of muscle mass with fat, slower growth, and uniform physical development. This is very important in adolescence since the growth of the body continues until the age of 25-28. If there is a family history of mental illness, prolonged sleep deprivation is more likely to lead to psychosis or neurotic disorder.

The question of the use of sleep deprivation as prescribed by a doctor is hardly relevant for young people. They want to live brightly and richly, so they need to take care of themselves and get to know the world in all its manifestations. If you hinder the passage of the stage of self-knowledge in personality development, the crisis period will not be passed. And this will come back to maturity with such problems as antagonism, self-doubt, and lack of understanding of your place in life.

If your sleep deprivation has become a chronic issue, speak to your primary care physician ASAP or call any four of Alaska Sleep Clinic’s labs in Anchorage, Fairbanks, Soldotna, or Wasilla.

Author’s Bio: Hannah Butler works as a content writer in WriteMyPapers4Me. She likes helping students with write my speech for me and other writing tasks. Also, she shares her experience in the form of articles in Psychology and Wellness. In her free time, Hannah enjoys rock climbing and bike riding.