Did you know that Baltimore Ravens offensive lineman Ryan Jensen has sleep apnea? After doing an at-home test, Jensen found that despite being in bed for nine to ten hours a night, he was only getting a total of approximately 90 minutes’ worth of sleep – all because of his severe sleep apnea. Since his diagnosis, Jensen started using a CPAP machine and quickly found a vast improvement in not only his daily life, but also his performance on the field. "I honestly think that if I wouldn't have got diagnosed and caught it within time, I wouldn't be in the NFL anymore. It saved my career," Jensen said.

As it turns out, one-third of NFL players have sleep apnea. This all makes sense when you think of most players’ body build, how much traveling and training they endure, and the importance that sleep has on muscle recovery.

Surely anyone has noticed that a lack of sleep, or only getting a few hours of shut-eye a night, causes a feeling of an overall “fogginess,” where reactions are delayed and information is slowly processed. When we sleep, we not only get some much-needed rest, but our brains turn our lessons into memories and our deep cycles allow our bodies to recover. LiveStrong.com explains the necessary process that deep sleep cycles has on our bodies:

When athletes don’t get the recommended 7-8 hours of sleep, their performances are noticeably affected.Without an adequate amount of time spent during deep sleep, an athlete who practiced a new play one day could be struggling to remember his steps the next day like as though he never learned them at all. And even a few second delay can be the difference between a fumble and a touchdown.

Add in sleep apnea, and the challenge of getting enough sleep each night becomes even more daunting. Sleep apnea, where air obstruction occurs throughout the night, causes a disruption to the sleep cycles that are necessary for recovery. When airways are momentarily blocked, the body alerts the brain to briefly wake up and correct the obstruction, sometime as often as 30 or more times per hour. This interruption keeps a sleeper from cycling into deep sleep, and missing out on the necessary physical recovery during this cycle causes the touchdown mark to stretch farther and farther away – both figuratively and literally.

Not only is losing a game a side effect of OSA, but untreated sleep apnea can lead to higher risks of having a stroke, high blood pressure, obesity, or heart disease – all of which could be life threatening, especially in players who have a bigger build and thicker necks. In fact, Reggie White, who played defensive end for the Green Bay Packers and the Philadelphia Eagles, died in part because of his sleep apnea.

To better understand the effects of sleep deprivation, Dr. Charles Czeisler, who directed the divisions of sleep medicine at Harvard Medical School and Brigham and Women’s Hospital in Boston, would use an easily digestible analogy as described in Sports Illustrated: “If you run on four hours of sleep a night for a week, it’s the same as drinking a six-pack [of beer] and then going to work.”

To help slam dunk the importance of sleep and athletic performance with players, Czeisler would also show athletes the results of a Stanford Sleep Clinic 2011 research article, which found that players who “were asked to extend their nightly sleep to at least 10 hours for a period of five to seven weeks. At the end, the players ran faster sprints, increased their shooting percentage and improved their reaction time by statistically significant margins… A single all-nighter, or a week spent getting just four hours of sleep a night, can make one’s reaction time nearly three times slower.” 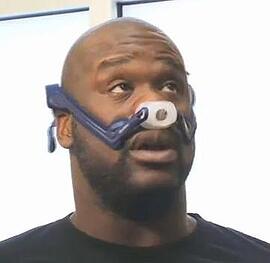 “The average athlete probably needs eight to nine hours of sleep, given their physical demands,” Czeisler says. “I wish I could say there’s a shortcut, but if you are going to be a professional athlete, you need to pay careful attention to sleep.”

When team coaches and physicians take sleep into consideration for their players, the ripple effect can be seen to reach farther than just game time. The Dolphins’ own executive VP of football operations Mike Tannenbaum stated that “the impact it can have is probably a little bit underrated… It’s a force-multiplier.”

In fact, after learning the benefits of Tom Brady’s strict sleep regimen, Falcons quarterback Matt Ryan took his own habits into consideration, never staying up past 10 p.m. during football season and no longer showing up to work at 5 a.m. “I thought that it showed dedication and work ethic... I don’t do that anymore, because I realized it is more important to be rested and ready than it is to beat everybody to work” (Sport Illustrated).

Needless to say, sleep is important for everyone, not just for athletes. And treating sleep apnea is especially important. You can take our quick quiz and see if you’re experiencing any signs of sleep apnea. Our experts here at Alaska Sleep Clinic are trained in treating a range of sleep disorders, from OSA to insomnia and everything else in between. If you live in the Anchorage, Alaska area, you can call for a quick 10-minute consultation or schedule a sleep study and get back to performing at your best.