Sleep Patterns Lead to Diagnosis and Treatment of Dementia

More and more research is associating quality of a person's sleep with the development of dementia and Alzheimer's disease, including a recent study from the Washington University School of Medicine in St. Louis.

A series of studies revealed a link between disrupted sleep and brain diseases such as Alzheimer's.

Sleep is a Must for a Healthy Body and Mind.

The brain typically shrinks as we age; but, surprisingly, does not lose functioning brain cells in large numbers. But in Alzheimer’s disease, damage is widespread.

At first, Alzheimer’s destroys cells parts of the brain involved in memory. It later affects areas responsible for language, reasoning, and social behavior. Eventually, other areas of the brain are damaged and the person gradually loses his or her ability to live and function independently. Ultimately, the disease is fatal.

Just last year it was discovered that sleep deprivation can directly lead to an increase in plaque accumulations and tangles in the brain consistent in people with Alzheimer's disease.

Another recent study, further supports the relationship between sleep and Alzheimer's. The belief behind the research is that years of poor sleep may correlate with increases in a brain protein found to be significantly linked to the mental decline associated with Alzheimer's disease.

Scientists examined sleep patterns of 119 healthy people over 60 with no signs of dementia. Their sleep patterns were monitored for a week. The results revealed that those who got little to no REM sleep showed an alarming increase of the brain protein connected to memory loss and dementia.

The key is that it wasn't the total amount of sleep that mattered. It was the quality of sleep. The people who were not hitting REM sleep were actually sleeping more at night and napping more in the day; but they weren't getting the deepest sleep needed for human physical and mental growth and repair.."

Huge questions still remain unanswered though, especially in trying to determine whether bad sleep is ultimately a cause, or consequence, of conditions like Alzheimer's.

Is Better Sleep the Cure?

Age-related brain diseases are without a doubt more complicated than simply being the effect of years of bad sleep. Researchers suggest that disrupted sleep may instead be an effective early warning tool to help doctors spot patients in the earliest stages of cognitive decline.

Measuring how people sleep may be a noninvasive way to screen for Alzheimer's disease before or just as people begin to develop problems with memory and thinking.

The Link Between Sleep and Overall Health.

Sleep is linked to so many health problems, with researchers saying sleep apnea may be the cause of many. It is so important to get a correct diagnosis and treatment.

Three studies by researchers at Wheaton College found significant connections between breathing disorders that interrupt sleep and the accumulation of bio-markers for Alzheimer's Disease. Treating the problems with dental appliances or CPAP machines that force air into airways could help lower the risk of dementia or slow its progress, according to the researchers.

While correlation between sleep apnea and dementia has been documented in the past, these are among the first to look at the relationship between sleep disruption and the markers commonly associated with Alzheimer's.

During sleep, when your brain has time to wash away all the toxins that have built up throughout the day, continually interrupting sleep may give it less time to do that.

It may be in the deepest stages of sleep that healing the body and brain and cementing memories takes place, said Ronald Petersen, director of the Mayo Clinic Alzheimer's Disease Research Center and the Mayo Clinic Study of Aging.

During these studies, people repeatedly jolted awake during the night showed immediate increases in protein buildup and, if the sleep disruption continued for a couple of weeks, also showed increases in the protein tangles that are also associated with Alzheimer's.

It is not yet clear whether people with very early levels of brain disease are having trouble sleeping or whether people having trouble sleeping are more likely to develop brain disease," said Keith Fargo, director of scientific programs & outreach at the Alzheimer's Association. He noted that that animal studies have shown it could go both ways, as well.

Trust Yourself If You Feel Something is Wrong.

"Ultimately it doesn't matter what the direction is for this to have an effect on your life. If you're waking up your partner multiple times a night or you're tired all day, then you really, really need to go get checked by your doctor because it could be a sign of something serious, or if it's not, just treating the apnea could help with your day-to-day cognition.

If you are looking for answers about your sleep issues, call Alaska Sleep Clinic today for your free consultation.  Improving your sleep will improve your life! 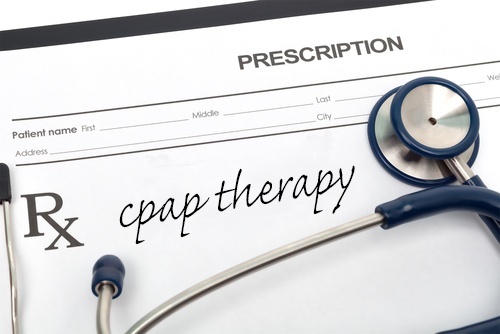