Sleep Texting: The Latest Phone Issue for Teens and Parents

The idea of being unconscious and not remembering past actions can be a scary thing. For decades, medical professionals have studied the act of sleepwalking and treatment options. As the world becomes more connected everyday, issues have shifted effecting a full night’s sleep. Sleeping next to or with a cell phone is not out of the norm. Because of this normality, sleep texting is on the rise.

Somnology defines sleep texting as the act of sending texts during the rem cycle and not recalling the action. For those believing it cannot be as common as one would think, follow #sleeptexting on Twitter for some interesting anecdotes.

This "on call" society is not a new phenomenon as it occured first with landlines and people falling asleep while talking to cordless phones as well. And the next day, those conversations were not remembered either.

The most common age group who participate in sleep texting are young adolescents. Four out of five teens sleep with their phones at their bedside. If the phone beeps during the night, teens are more likely to respond immediately in a drowsy state.

A survey at Villanova University surveyed 300 students with 25 to 35 percent admitting texting while sleeping.

With 57 percent of teens not switching off their cell phones at night, Family Community Health Journal did a study of where your phone sleeps at night. Only 16 percent of people keep their phone in another room at night with one third of teens texting after going to sleep from their bed.

Another study from Dr. Kate Murdoch from Washington and Lee University found a high number of daily texts is directly associated with more sleep problems among college students.

She sighted two main potential causes including the pressure to respond immediately and sleeping when the phone is around.

Most incidents of sleep texting are a response to a recently received text message rather than sending out unprompted messages. But phone messages through a chime or beep is not uncommon to only teens. Adults also react almost instantaneously to a text message or messenger notification.

Similar to a morning alarm, the alert prompts our attention during sleep breaking the sleep cycle. You are not fully awake with the alert but your automatic behavior with the connection of a social world invokes a quick reply.

Sleep talking is more common but sleep texting jumbles a message with auto-correct trying its hardest to communicate; now you have two modes of communication attempting to talk for you. What causes your brain to even be able to communicate while in the rem cycle?

Depending on when the prompted text or message is sent, your brain may not even be fully asleep or awake at once. Movement coordination may be functioning while consciousness may be shutdown.

According to Very Well Health, this may result in semi-conscious or semi-purposeful behaviors. When these abnormal behaviors occur in the setting of sleep, they are called parasomnias. Parasomnias are sleep disorders like bedwetting, night terrors, sleep talking or sleepwalking.

Many sleep texting occurrences leave the messenger embarrassed the morning after with stories of texting exes, bosses, or friends with weird information. Each can cause disturbances to a person’s career or relationships. So why and when does sleep texting occur?

Sleep texting increases in individuals experiencing stress at work, problems in a relationship, or unusual drinking behaviors. Most sleep texting is due to a conversation prior to bedtime that has not finished but the individual falls asleep.

One way to avoid sleep texting is putting down the phone at night. Think about the last time you were disconnected from your mobile device. Exposure to “blue light” from screens before bed leads to drowsiness even with a full eight hours in bed.

Studies show emittance of the blue light “prevents our brains from releasing melatonin, a hormone that tells our bodies it's nighttime.” Giving up the phone for an hour before bedtime will help distract your brain from the light.

According to the American Optometric Association (AOA), extended use of a smartphone can cause eye discomfort such as blurred vision, headaches, eyestrain, dry eyes, and neck and shoulder pain. These symptoms are often classified as digital eye strain. And most of the digital eye strain occurs in bed.

Unplugging includes charging. I am not suggesting you keep your phone at 5 percent life but don’t charge the phone next to your bed; otherwise you will be tempted to get on your phone in bed. In fact, “71 percent of people sleep either holding their smartphone, having it in bed with them, or having it on their nightstand.”

With some simple adjustments, your teen or you can sleep peacefully without the embarrassment of waking up with no recollection of the conversation. Alaska Sleep Clinic is ready to help get the sleep you need to be happy and healthy. Contact the Alaska Sleep Clinic today. 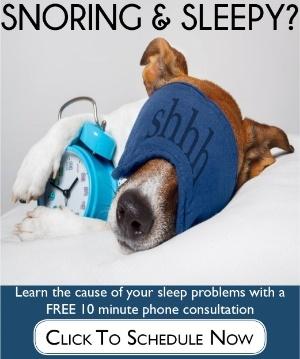