The Brain is Cleared of Toxins During Sleep. 10 Interesting Facts.

The brain uses periods of sleep to flush out toxins that have accumulated in it during the day.

A group of American scientists believes that this mechanism is one of the main causes of sleep. 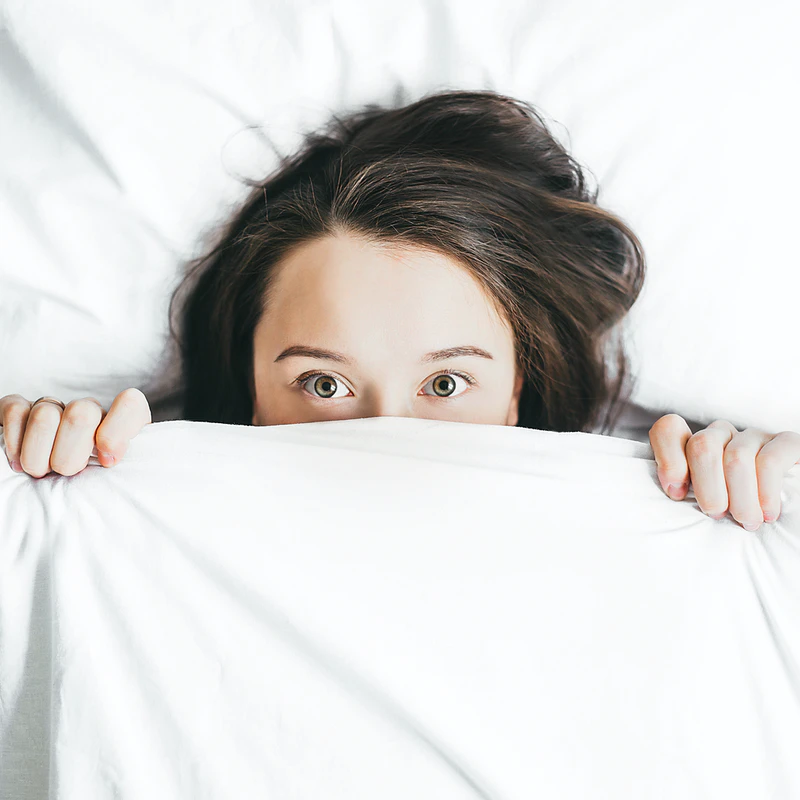 They found that during sleep, neurons shrink in size, and spaces between them are filled with cerebral fluid.

In an article published in the journal Science, scientists also suggest that abnormalities in the mechanism for removing toxic proteins may be related to the onset of brain disease.

Biologists have long been interested in why all animals fall asleep, despite the fact that this makes them more vulnerable to predators.

It has been known for some time that sleep plays an important role in the formation of memories and the processing of assimilated information. But scientists at the University of Rochester Medical Center have concluded that one of the main functions of sleep may be brain cleansing.

"The brain has a limited amount of energy. It looks like it must choose between two different functional states - waking or sleeping (or clearing)," - says Dr. Maiken Nedergaard, one of the researchers.

The scientists' observations are based on the discovery last year of the so-called glymphatic system, which acts in the brain to specifically remove harmful substances.

Scientists who scanned the brains of mice found that the glymphatic system increased its activity 10-fold during sleep.

Brain cells - possibly glial cells that surround and support neurons - shrink during sleep. This leads to an increase in the intercellular space in the brain substance, which in turn increases the flow of fluid. Hence, that removes toxins from the brain.

According to Dr. Nedeligaard, this mechanism is critical for the normal functioning of the brain, but it can only work during periods of sleep.

"While this is speculation, it looks like the brain is wasting a ton of energy pumping fluid through its tissues, which is incompatible with information processing," - she says.

Many degenerative diseases of the brain that lead to the loss of brain cells - such as Alzheimer's and Parkinson's - are accompanied by the formation of plaques in the blood vessels of the brain, consisting of toxic proteins.

The researchers believe that the mechanism of cleansing the brain is involved in the occurrence of such diseases, but emphasize that more research is needed.

When we sleep, our brain continues to work, albeit in the "background", since the subconscious mind never sleeps. There are not so many reliable facts about dreams, despite the fact that the very phenomenon of sleep has been studied for many centuries. Nevertheless, something interesting on this topic is already known.

Psychologist Bill Domhoff conducted many experiments and is firmly convinced. 70-100 dreams of a particular person allow you to describe his personality and character with great reliability. And if you take 1000-1100 dreams, then a psychological portrait will turn out to be as accurate and unique as a drawing of the retina or fingerprints.

Nathaniel Kleitman, an American scientist who studied sleep, once sat in an underground cave for a month, hoping to find out what was happening with the human biological clock. He assumed that if you do not see the sunlight, sunrises, and sunsets, they will go astray. And the cycle will either decrease to 21 hours or increase to 28. To his surprise, this did not happen. Our biological clock is always accurate: one sleep-wake cycle lasts 24-25 hours.

When the body prepares for sleep, it relaxes. This applies not only to all the processes taking place inside but also to the brain. It generates alpha waves, which appear most often when a person is calm and peaceful, lies with his eyes closed, nothing distracts the attention. It is noteworthy that the brain gives a similar picture during meditation.

Scientists have proven that people who do not see dreams, in fact, simply do not remember them. If they were awakened during REM sleep, they perfectly reproduced the content of the dream. Although in the morning they could not remember anything at all.

In the 20th century, a genetic disease called "fatal familial insomnia" was discovered. It was this disease that caused the death of members of more than 30 families around the world. The symptoms are the same. At first, people stopped sleeping - it simply did not work, then the pulse increased and the pressure increased. In the next phase, the patients could not speak, stand and walk. It all ended in a couple of months. Before death, people fell into a state that looked like comatose. Typically, the disease affects middle-aged people and sometimes adolescents.

Dreams are a regulator of emotions. Dreaming helps to process negative emotions. If this process is not disturbed - as in patients suffering from depression - then in the morning we wake up in a supportive mood. Well, or at least in a more elated mood than in the evening.

Psychologist Calvin Hall has compiled the world's largest dream content report - over 50,000 entries from adults and children from a wide variety of cultures. He did not analyze them in any way but only counted what appeared to people in dreams. Wherever women live in the world, female and male characters appear in their dreams with the same frequency, approximately 50/50. But men in a dream more often see men (and not women, as many think) - in 70% of cases.

Scientists are increasingly inclined to believe that the biological significance of sleep is to ensure the survival of a species. In a dream, we train to avoid dangers. It seems that for this there are dreams with threatening content. For example, we swim across a river or run away from a dangerous animal. But thanks to the special state of sleep, in which our muscles are almost immobilized, all this rehearsal takes place at the level of the brain. Thus, we memorize ways to save our lives in a dream, so that we can use them someday in real life.

Several processes take place in a dream. First, some of the memories from short-term memory are transferred to long-term memory (this is called memory consolidation). Second, the brain sorts new experiences into different memory systems to form associations and connections. That helps us better understand the world around us.

All stages of sleep are associated with learning. The stronger the brain activity during sleep, the better you learn new things. It was found that the stage of light sleep is responsible for the development of new skills for musicians, dancers, and athletes. It is interesting that this does not happen immediately, but a day or two after the first training session and memorizing a piece of text, dance, etc. During slow sleep, factual information is well remembered: for example, dates from a history textbook.

These interesting facts will help you understand sleep better. The number one fact you should know about sleep is that Alaska Sleep Clinic is the most comprehensive sleep lab in Alaska. You should never sacrifice your sleep to work hard. Do everything in its time and place and you’ll be successful. Have a lovely night!

Bio: Rebecca Carter works at a research paper writing service as a Content Writer. She has a Bachelor's Degree in Psychology and during her study developed an enthusiasm for writing about Self-Development, dealing with anxiety, etc. When she is not writing Rebecca enjoys being in the mountains and volunteering.