Despite much research, how sleep, ADHD, medication, and other disorders are related remains uncertain. Scientists are working to develop a clearer idea of how the different regions of the brain interact and overlap for attention, sleep, and functioning.

Children with ADHD and sleep problems

One-quarter to one-half of parents of children with ADHD report that their children suffer from a sleep problem, especially difficulties with falling asleep and staying asleep. Based on parent reports, kids with ADHD are two to three times more likely to have sleep problems when compared to kids without.

Inadequate sleep in children can negatively affect the way kids think, function, and behave. In addition, children who have problems sleeping may show symptoms, behaviors, or impairments that are remarkably similar to those of ADHD. Sleeping problems have been shown to induce hyperactivity, impulsivity, or behavioral problems in children. The hyperactivity may be paradoxically a response to daytime sleepiness. In studies, parents have reported ADHD-like symptoms in typically developing children when the kids don’t sleep long enough. To make diagnosing more difficult, the use of psychostimulant medications to treat ADHD can cause sleep problems in some patients but can improve sleep in others.

Causes of sleep problems in individuals with ADHD

Growing evidence has shown sleep disorders are more common in individuals with ADHD. However, whether people with ADHD have more difficulties settling down at bedtime that are not related to outside factors, co-existing conditions or sleep disorders remains a question. In other words, does ADHD itself lead to difficulty sleeping, or are people with ADHD more susceptible to external environmental aspects that affect normal sleep patterns?

Here are some specific causes of sleep problems that can impede sleep in children or adults with ADHD.

Bedtime resistance: Children with ADHD may have a great deal of difficulty settling down in the evening. Interruptions during bedtime routines can be more challenging when the child has ADHD, and parents often describe increased bedtime resistance and struggles.

Stimulants: The caffeine found in coffee, tea, chocolate, and many carbonated beverages have long been known to increase problems with sleep. Also, the stimulant medications used to treat ADHD can contribute to sleep disorders in people with ADHD.

Co-existing conditions: In addition to primary sleep disorders, sleep problems in people with ADHD can also be the result of common co-existing conditions. Anxiety and depression disorders can lead to difficulties with sleeping and are two conditions often found to exist with ADHD. Drug and alcohol abuse problems also have a negative impact on a person’s ability to sleep properly.

Since sleep disorders can be related to ADHD or may result in ADHD-like symptoms, screening for sleep problems and disorders is recommended during the initial assessment and ongoing management of patients with ADHD. The most common sleep problems that children with ADHD have are unwillingness to go to bed, difficulties waking up in the morning, trouble falling asleep at night, breathing issues during sleep, night waking, and daytime sleepiness. Other sleep problems reportedly associated with ADHD in children and adults include trouble falling asleep, trouble staying asleep, waking up in the middle of the night, sleepwalking, snoring, breathing difficulties, restless sleep, nightmares, daytime sleepiness, delayed sleep phase, short sleep time and anxiety around bedtime.

The following are some of the most common sleep disorders in children and adults with ADHD:

Restless Legs Syndrome (RLS) and Periodic Limb Movement Disorder (PLMD): RLS is a neurological disorder characterized by an irresistible urge to move the legs to relieve uncomfortable sensations while the person is at rest. PLMS is characterized by periodic limb movement during sleep. The frequency of RLS in the general population is around 2 percent. In individuals with ADHD, RLS is one of the most frequent sleep disorders. Up to 44 percent of people with ADHD may have RLS symptoms, and up to 26 percent of people suffering RLS may have ADHD or symptoms of ADHD. Daytime symptoms of RLS can mimic ADHD symptoms, such as restlessness and inattention. [For more information, see the National Institute of Neurological Disorders and Stroke (NINDS) fact sheet on RLS or the Restless Legs Foundation.

The frequency of SDB in children with ADHD is approximately 25–30 percent compared with 3 percent in the general population. In addition, obesity has been associated with ADHD in up to 40 percent of individuals, and obesity is associated with a higher frequency of SDB. Together, these data suggest a complex interplay between ADHD, obesity, and sleep problems. It is not clear if difficulties arising from SDB make existing ADHD symptoms worse in general, or only in a subset of people with ADHD.

The human body undergoes physical, mental, and behavioral changes throughout a 24-hour cycle, responding to light and darkness throughout the day. The patterns of these changes are known as circadian rhythms. The main feature of circadian rhythm sleep disorders is the mismatch of sleep pattern timing with the day-night earth cycle leading to disrupted sleep and impaired functioning.

One of the most common problems in this category is a delayed sleep-phase disorder, where sleeping and waking occur later than normal. This disorder may show up as difficulty getting to sleep, staying up too late and difficulty waking.

Such sleep problems are common during adolescence in general, resulting in decreased total sleep time and daytime sleepiness. However, there is evidence to suggest that those problems are more common in individuals with ADHD.

Screening for possible sleep problems should be part of the evaluation of every person with behavioral and/or academic problems, especially ADHD. Identifying any sleep problems before prescribing medication will help the clinician to decide the best treatment and monitor the side effects more efficiently.

If a sleep problem is suspected, the evaluating clinician should take a thorough sleep history. The history should include questions about the usual bedtime, the time required to fall asleep, night awakenings, snoring, difficulty waking up, naps, and daytime drowsiness. Patients may be asked to fill out a sleep diary that records daily sleep behaviors for a number of weeks.

If a sleep disorder is suspected, the clinician can recommend further evaluation. Full assessment of sleep may be done using a combination of measurements, some using devices to monitor waking and sleeping patterns and others relying on reporting (parent or self-rated questionnaires or diaries).

One of the most common assessments is the use of a sleep study or polysomnography, which is usually conducted in a sleep laboratory. Machines monitor brain waves; cardiac, muscle, and eye activity; breathing patterns, and the oxygen level in the blood. Sometimes these sessions use audiovisual recording as well. Although this type of sleep study is considered the best objective measurement of sleep, it has many limitations. The fact that the study occurs in a laboratory and unfamiliar environment with the person hooked up to machines can affect the traditional and natural sleep patterns, especially in children.

Nevertheless, sleep studies show that children with ADHD tend to move their limbs more, sleep less, are more likely to experience symptoms of sleep apnea, take longer to fall asleep, experience shorter true sleep time, and have more frequent daytime sleepiness than children who do not have ADHD.

Sleep questionnaires provide a wider view of the problem over time. However, they rely on the interpretations of the parents and other caregivers to provide information. Depending on the severity of the sleep problems, the clinician will decide which assessment measurements to use.

Management of sleep problems in individuals with ADHD

As part of a multimodal treatment plan for patients with ADHD, special attention needs to be given to interventions that focus on improving sleep and bedtime behavior. The National Sleep Foundation (NSF) offers tips to help adults and children sleep better. The following suggestions may help to accomplish a smoother transition from wakefulness to restful sleep. 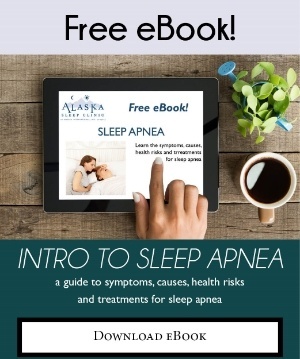