What Is Sleep Apnea? - A Refresher Course, Part 5

This may cause $3.4 billion/year in additional medical costs. Whether medical cost savings occur with treatment of sleep apnea remains to be determined.

The Wisconsin Sleep Cohort Study estimated in 1993 that roughly one in every 15 Americans was affected by at least moderate sleep apnea.

It also estimated that in middle-age as many as nine percent of women and 24 percent of men were affected, undiagnosed and untreated.

The clinical picture of this condition has long been recognized as a character trait, without an understanding of the disease process. The term "Pickwickian syndrome" that is sometimes used for the syndrome was coined by the famous early 20th century physician William Osler, who must have been a reader of Charles Dickens. The description of Joe, "the fat boy" in Dickens's novel The Pickwick Papers, is an accurate clinical picture of an adult with obstructive sleep apnea syndrome.[78]

The management of obstructive sleep apnea was improved with the introduction of continuous positive airway pressure (CPAP), first described in 1981 by Colin Sullivan and associates in Sydney, Australia. The first models were bulky and noisy, but the design was rapidly improved and by the late 1980s CPAP was widely adopted.

The availability of an effective treatment stimulated an aggressive search for affected individuals and led to the establishment of hundreds of specialized clinics dedicated to the diagnosis and treatment of sleep disorders.

Though many types of sleep problems are recognized, the vast majority of patients attending these centers have sleep-disordered breathing. Sleep apnea awareness day is April 18 in recognition of Colin Sullivan. 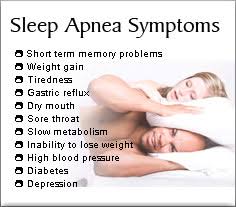