Alaska has the highest rate of suicide per capita in the country. Let's join together throughout the month of September to bring change to our beautiful state and in the hearts of our fellow Alaskans.

**Information is from the Alaska Bureau of Vital Statistics unless otherwise specified.**

Join the Alaska Mental Health Trust Authority’s 25th anniversary celebration on the front lawn of the Anchorage Museum for food, entertainment, partner booths and activities. The event is free and open to the public!

Out of Darkness Walk

The Out of the Darkness Walks raises awareness and funds that allow the American Foundation for Suicide Prevention to invest in new research, create educational programs, advocate for public policy, and support survivors of suicide loss. Go here to join the team or donate.

What to do if someone you know exhibits warning signs:

View and share the Tell Your Heart Story public service announcement on YouTube at https://youtu.be/a9f-lzzI0D4. Use the hashtag #CultureHeals to help share the reasons you enjoy life!

That's true even when these individuals don't seem to fit the usual profile of obstructive sleep apnea, which includes males who are overweight, snore and complain of daytime sleepiness, says Dr. W. Vaughn McCall, chair of the Department of Psychiatry and Health Behavior at the Medical College of Georgia at Augusta University.

While more work remains, the new evidence already suggests that testing for obstructive sleep apnea should be part of the guidelines for managing treatment resistant depression.

"We were completely caught by surprise that people did not fit the picture of what obstructive sleep apnea is supposed to look like," says McCall.

Treatment of obstructive sleep apnea may improve symptoms of depression, and comprehensive screening for the sleep problem should be included for treatment resistant depression.

It's acknowledged that undetected medical or psychiatric conditions can be a cause of treatment-resistant depression, but obstructive sleep apnea is not on the relatively long list that includes endocrine disorders, like hypothyroidism, as well as problems like coronary artery disease and cancer.

What these and other studies have shown that if you don't sleep you get depressed and depression is a major risk for suicide. In fact, reports from several years back show that when people lose hope of ever getting another good night's sleep, they are at high risk for suicide.

Still searching for the solution? There are professionals who can aid in your fight with insomnia and restless nights when the answer is not easy.  Call the Alaska Sleep Clinic for a free 10 minute consultation. 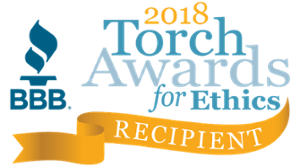 The research was funded by the National Institute of Mental Health.

Materials provided by Medical College of Georgia at Augusta University. Note: Content may be edited for style and length.