How Sleep Affects Athletes According To Science

As an athlete it’s common to hear the phrase, “Get a goodnight sleep”, usually before a big game. It’s become so common that it seems to have lost its importance. Athletes train and compete intensely to be the best at their sport yet sleep is something that

often gets overlooked at times.

According to scientific studies done by several different universities the conclusion of these studies is always similar, sleep plays a very large role on how an athlete competes and for how long they are able to compete at that level.

One of the key reasons why getting sufficient sleep is so important is due to what occurs during it. One of the key phases of the sleep cycle is REM (Rapid eye movement sleep), which is the last phase. As the cycle repeats over the night REM starts to last longer and longer each time.

Since you receive most of your REM sleep near the last hours of sleep, it can get cut short if you don’t sleep the full seven or nine hours. All the training that athletes do to be able to perform difficult tasks in the most crucial moments of their sports is potentially wasted if they don’t get enough REM sleep, especially the day they had the training session as you will see by a study mentioned down below.

Although at times debated, it is believed that memory consolidation happens during REM sleep.

The Link Between Sleep Deprivation and Poor Athletic Performance

For athletes who compete in sports like hockey, boxing, tennis, badminton and other quick reaction sports a night of sleep deprivation can have disastrous consequences on competition day.

Sleep deprivation is also a problem for competitive power-lifters. In a study that consisted of weightlifters only sleeping for 3 hours a night for 3 nights, a large decrease in strength was noted in the bench press, leg press, and dead-lift exercises which are often the main competition exercises in power-lifting.

Not only can sleep help improve your performance in the sport but it can also help prevent fatigue and injuries. In this study conducted by Nova Southeastern University, it gathered sleep data on a group of mixed martial art athletes who were undergoing intense training camps in preparation for professional fight.

Using wearable sleep monitoring technology, the study found that those who were more consistent in their sleep were able to attend more training sessions due to being able to avoid injuries and having less fatigue than those who weren’t as consistent.

The athletes who consistently got more sleep also showed better physical performance in certain training routines than those who didn’t which could either be due to their sleeping performance or due to the fact that they were able to attend more training sessions.

Regardless of the reason, it was shown that more sleep directly led to athletes being able to train more.

Apart from all the benefits that sleeping better has on an athlete's performance, it can also be a huge factor in someone's career length. According to a study done by the American Academy Of Sleep Medicine, a players sleepiness can actually predict how long they will remain in the league.

The players who had a lower score on the Epworth Sleepiness Scale were more likely to remain in MLB after three seasons than those with higher scores. As a result it was suggested that teams could even implement this type of screening when it came to evaluating players which really shows the importance of getting good sleep for potential prospects.

This same study also found that the players performance decreased as the season went on. One of these reasons was thought to be due to fatigue since a MLB season last 162 games. As shown by the previous study mentioned up above, better sleeping patterns is one of the most efficient ways to combat fatigue which athletes and teams can use to their advantage.

Sleep Your Body to Better Health

Sleep is also very crucial for an athlete's recovery. While you’re sleeping your body replenishes your energy stores, repairs the muscles and helps your central nervous system recover from the physical activity that took place.

Making sure that your central nervous system, which is responsible for reaction time and muscle contractions, is functioning at its highest level is extremely important for any athlete. If you don’t get sufficient sleep then the workout that might have felt easy the previous day won’t be as easy when your working with less than 7 hours of sleep.

Pushing yourself and doing exercises when you’re body hasn’t fully recovered yet due to the lack of sleep can further lead to serious injuries.

As shown by some of the previous studies sleep can affect your mental health. The more sleep you get, the more alert you tend to be which helps with reaction times especially in sports that require quick reflexes like tennis and baseball.

In sports that require you to be on high alert even a few seconds of slower reaction time can easily cost you a game. It’s important to continuously train a skill in order to do it over and over again in a competitive environment.

Apart from training, sleeping actually helps in the process of forming memories and retaining the motor skills you just practiced. As this study found sleep had a positive effect in helping improve motor learning. While the first night of sleep after the training session was found to be the most important, the days right after still provided improvements.

How Much Sleep Does an Athlete Need?

So now the question in mind is how much sleep is optimal? In this study, researchers asked athletes who competed in swimming, football and tennis to increase their sleeping time to 10 hours a day.

For all the sports mentioned the athletes performance increased in terms of speed, accuracy, and reaction times. Most would agree that the average person should at least get 8 to 9 hours of sleep or even 10 hours but realistically most people don’t get more than 9.

However, as an athlete 10 hours of sleep on days of intense training and near competition day is optimal for maximum benefits.

Sleep doesn’t just have physical effects on athletes but it also has mental effects. By having better sleeping patterns you can improve performance, mental strength, consistency, reduce the risk of injuries and fatigue. Whether you’re competing at the highest level or just playing for fun, the importance of sleep is unmatched.

You can read more articles by Andrew at Indoored.com.

Alaska Sleep Clinic is one of the only sleep clinics in Alaska with a Pediatric Medical Director.  We take your child's sleep seriously and are ready to help you diagnose and treat their sleep issues.

The great news is that when sleep apnea is discovered and treated correctly in someone 18 and under, the probability is high that they will grow out of the issue and have fantastic sleep the rest of their life. 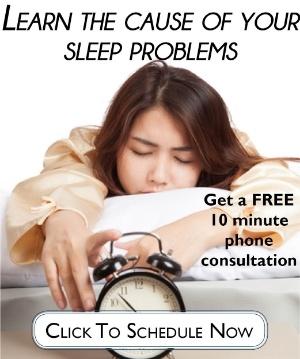